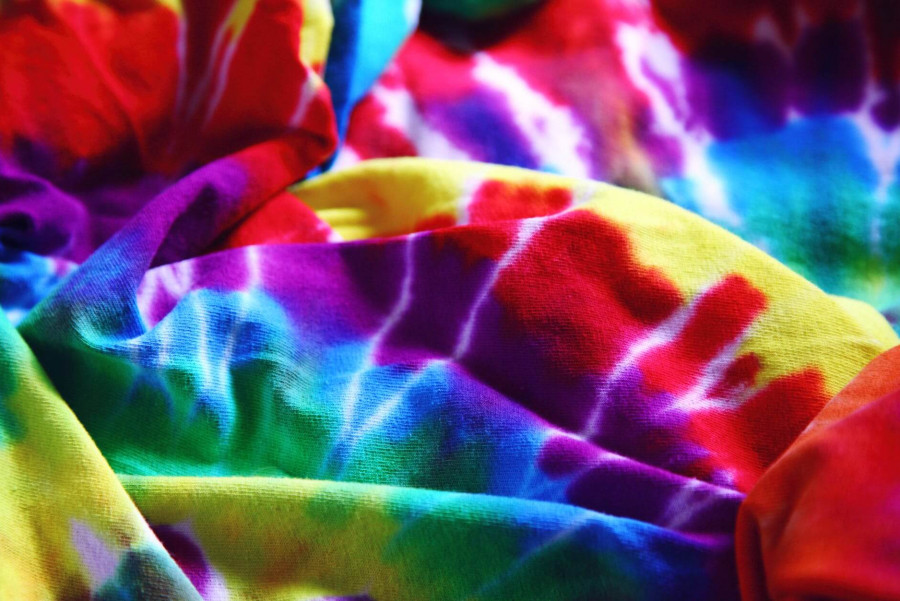 As a sportswear manufacturer specialising in teamwear kits, we often get intrigued and inspired by the classic kits from back in the day. Analyzing the textiles, colour combinations, structures and fantastic retro designs, keeps us connected to the world of team sport in the modern day.

It also allows us to see the trends and spot the comebacks in home and away team kit production, so that we can stay on top of the game when advising our partners. Today we’re inspired by three of the most iconic and memorable teamwear kits across the world.

From rock band-inspired t-shirts to the Day of the Dead designs and brilliant banana-coloured away jerseys, we share our favourite historic team kits right here.

The Other Dream Team tie-dye kit

The Grateful Dead-inspired tie-dyed t-shirts are a little unorthodox and weren't exactly part of the official teamwear. But for die-hard Lithunaina basketball fans, they don’t get more symbolic than this. The "Skully'' teamwear kits marked a new era for basketball in an independent Lithuania, shortly after breaking away from the Soviet Union back in the early 1990s.

The journey into the Olympics as a newly formed Lithuanian basketball team had not been easy. But an article of the team’s struggles to participate in the 1992 Barcelona Olympics circulating in the American press caught the eye of a local artist and a rock band.

Against the odds, the Grateful Dead sponsored the trip to the Olympics while Greg Speirs, a New York artist, produced some arty tie-dyed shirts. Made in the colours of the Lithuanian flag, the jerseys depict a now iconic Slam-Dunking Skeleton symbolising a phoenix rising from the ashes.

Although, as expected, they lost to the American Dream Team at the time, the Lithuanian team defeated the Unified Team, made up of the post-Soviet states. This helped position the fresh-faced team as the second best in the world after the US. The team wore the iconic teamwear kit to accept their bronze medals as a national Lithuanian basketball team at the 1992 Olympics in Barcelona.

The bittersweet events leading up to the victorious 1992 Olympics are especially well illustrated in The Other Dream Team documentary film directed by Marius A. Markevičius.

Mexico's U.N.A.M. Pumas is another team that made history of national importance, sporting their iconic jerseys featuring the Day of the Dead motifs back in 2018. As one of the most popular football clubs in Mexico, the team now boasts one of the most recognisable jerseys anywhere in the world.

Created in partnership with Nike, the special edition jersey details a large-scale iconic Pumas’ logo sublimated across the front of the shirt with honorary crossbones underneath it. It was then paired perfectly with the bold navy shorts and socks matching the trimmings of the jersey.

To produce a teamwear kit that’s as striking and recognisable, the brand has adopted the team’s original logo as a centrepiece and kept the signature navy blue and gold colours of the home kit from 2016/17. According to Nike, with this t-shirt, Pumas not only honor their national holiday, but also their players, past and present.

Worn by football legends Ian Wright, Ray Parlour and Martin Keown in 1991-93, the Bruised Banana away shirt is one of the most iconic football team kits of all time. Featuring a bright yellow colour with a bold navy zig zag pattern, the design was considered especially modern at the time. Even today it makes for one eye-catching jersey that the Gooners’ rivals, or indeed own fans, could never forget.

The shirt was so loved and admired for more than three decades, that Adidas decided to revive the retro away kit. Interestingly, following UEFA’s stringent regulations, the Arsenal team wouldn't be allowed to wear a one-to-one copy of the 90s design today. Thus, the modern jersey, produced using upcycled plastic, features a faded iconic zig zag pattern that blends into the bright yellow background instead of creating a stark contrast.

If you are looking to stand out and make a lasting impression on your customers with your unique teamwear kit range, contact us at Kirpte today. Our expert production team will help you choose the best fabrics for your products, advise on construction and help you turn your ideas into high-performing and distinctive garments.